The Development Services Division of a small city had recently changed managers. The new manager was surprised by the lack of collaboration between department leaders at all levels, causing inefficiencies that squandered both time and money. The frustration had hit the staff too. Morale was low, absenteeism was high, and grievances averaged one to two a month. All of this took time away from the public they served – slowing their responsiveness and productivity to a crawl. Something had to be done. 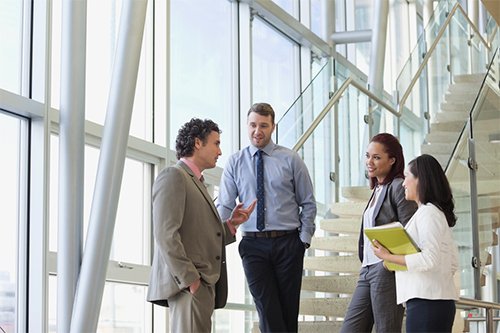 Immediate Culture Shift
How It Was Done

A B STATE Strategy Execution Roadmap was developed. It called for starting with the directors, managers, and first-line supervisors all in the same session. The key need was to break down silo thinking and behavior quickly.

The B STATE Approach works regardless of the size of the group. It can be implemented with one part of the organization and still integrate the other parts at a later point. In this case, the Division Manager was concerned it might be too much to include leaders from all divisions in one session, so the effort was started with only three of the five departments. Afterward, they realized they could have done all five groups together!

1)  Implemented our Breakthrough Leadership Team System for all directors, managers, and supervisors in 2 days

The first three departments agreed upon a common Picture of Success and created new Collective Habits of Execution. They then chose priorities for both their new habits of execution and cross-functional initiatives to improve customer service and responsiveness. The manager was so impressed with the shift that she immediately scheduled a session to integrate the remaining two departments into the system.

The remaining two departments easily adopted and refined the original group’s work. Each department then came up with their own Priorities for Improvement and Departmental Collective Habits of Execution. They utilized this to create a culture change for the entire division.

Do you want dramatically different results by breaking down the silos between levels and functions while increasing shared ownership for results?