The best organizations operate through teamwork, but getting each member to work seamlessly with each other can be a challenge, especially without a plan. Drexler-Sibbet’s Team Performance Model provides organizations with a framework designed to understand team development. It’s known to be one of the most effective, efficient models for enhancing team performance. Let’s take a look at how this model works. 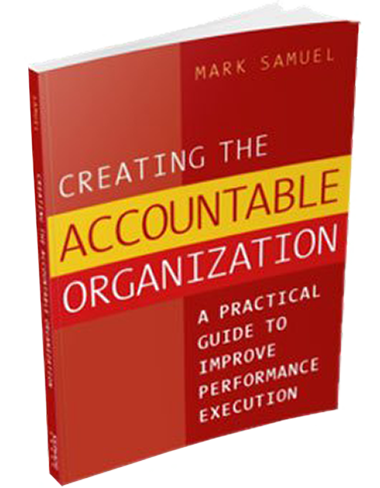 The Seven Stages of the Drexler Sibbet Team Performance Model

There are seven steps in the Drexler-Sibbet Team Performance Model:

The first stage, orientation, is all about understanding your team’s purpose and what it means to be a member of that team. During orientation, you’ll assess why the team exists, what the members will expect of you, and what benefits you will gain from joining them.

In new teams, these are more of an individual concern since the group isn’t well-established yet. For team leaders, it’s essential to provide members the time and space to answer these internal questions for themselves.

When orientation challenges are solved, the keys are:

Challenges of orientation include:

Teams can think of trust as a measure of each individual’s willingness to work together on important tasks. Since team members will depend on each other for success, trust is essentially directly related to the cooperation of the team to get a job done.

In the early stages of a new team, trust can involve some uncertainty when it comes to dealing with new members. For team members to work well together, it’s essential to accept the fact that everyone will depend on each other to accomplish the team’s purpose.

When trust building challenges are solved, the keys are:

Challenges of trust-building include:

Sometimes, teams will have a precise charter specifying what they will be responsible for accomplishing. More often, though, they get a broad mandate and make their own choices about how they will pursue it, translating the mandate into achievable goals.

During the goal clarification stage, teams will need to perform research, develop a clearer understanding of the required duties, and create agreements about specific goals and deliverables.

When goal clarification challenges are solved, the keys are:

Challenges of goal clarification include:

When the team’s goals are clear and their options identified, they are probably getting eager to act. The attention now moves to how exactly the team will accomplish its goals. They’ll begin to commit to specific courses of action, make decisions about resource allocation, and clarify each member’s role.

Initially, the stages of team performance will involve some trial-and-error while everyone gets used to working together. Answering the question of how they’ll accomplish the goals might require some backtracking, investing in trust development, and revisiting a project’s initial purpose before fully committing to resolving any issues.

When commitment challenges are solved, the keys are:

Challenges of commitment include:

The fifth stage, implementation, involves sequencing and scheduling work over time. This is when the team asks itself questions like “who does what?”, “when?”, and “where?”. A visible strategy, schedule, and process help the team move confidently into action. This stage is essential because when confusion and conflicts arise, there may be a commitment but not a clear way forward.

When implementation challenges are solved, the keys are:

Challenges of implementation include:

The high-performance stage is when a team masters its processes and starts to experience an ability to change and achieve its goals. You can’t necessarily control this stage, but you can tell when it comes to fruition and observe the effects of the previous stages.

Teams with a high amount of trust and filled with members who have mastered their roles can achieve a flow state that is full of productivity. In this state, boundaries, and limitations soften as everything moves together, and each team member acts as part of the whole.

When high-performance challenges are solved, the keys are:

Challenges of high performance include:

Over time, the things that initially set your team in motion tend to change. The high-performance stage is demanding, and teams shouldn’t be surprised when people question continuing. This is the time to realize and understand that team performance is an ongoing process that must get renewed by returning to the first stage to reassess if the work is still worthwhile and needed.

Spending time in the renewal stage helps put your team back in touch with each other and the meaning and purpose of everyone’s previous commitment. This stage also includes learning from the team’s accomplishments and building up best practices for the next project or team. Once the team’s work gets finished, renewal is when everything gets wrapped up, freeing team members to move on to their next challenges.

When renewal challenges are solved, the keys are:

Challenges of renewal include:

So, Does This Team Performance Model Work?

It’s important to understand that while the Drexler-Sibbet Model contains a list of seven sequential steps, building teams isn’t typically a linear process. With that in mind, teams might go back and forth through various steps as the team continues to mature. This model is best used as more of a diagnostic tool and guideline rather than a guide to be followed 100%.

This model is also a tool to build teams by giving the leader and members a path to follow. Typically, steps 1-4 are about building the team, and 5-7 are about maintaining the team, with step four being the crux of the team’s success.

How is B STATE Different?

While the Drexler-Sibbet model has a lot of benefits, it doesn’t get the same transformational, breakthrough results that we do with the B STATE model. For example, Drexler-Sibbet has a positive impact on interpersonal team relationships, but it doesn’t get improvement on team execution or conflict resolution. See the chart below for a full breakdown of how B STATE results differ from those of Drexler-Sibbet.

Do you want to build a team that rival’s the top organizations in your industry? Schedule your free consultation with B STATE and see how we help build efficient, productive teams!